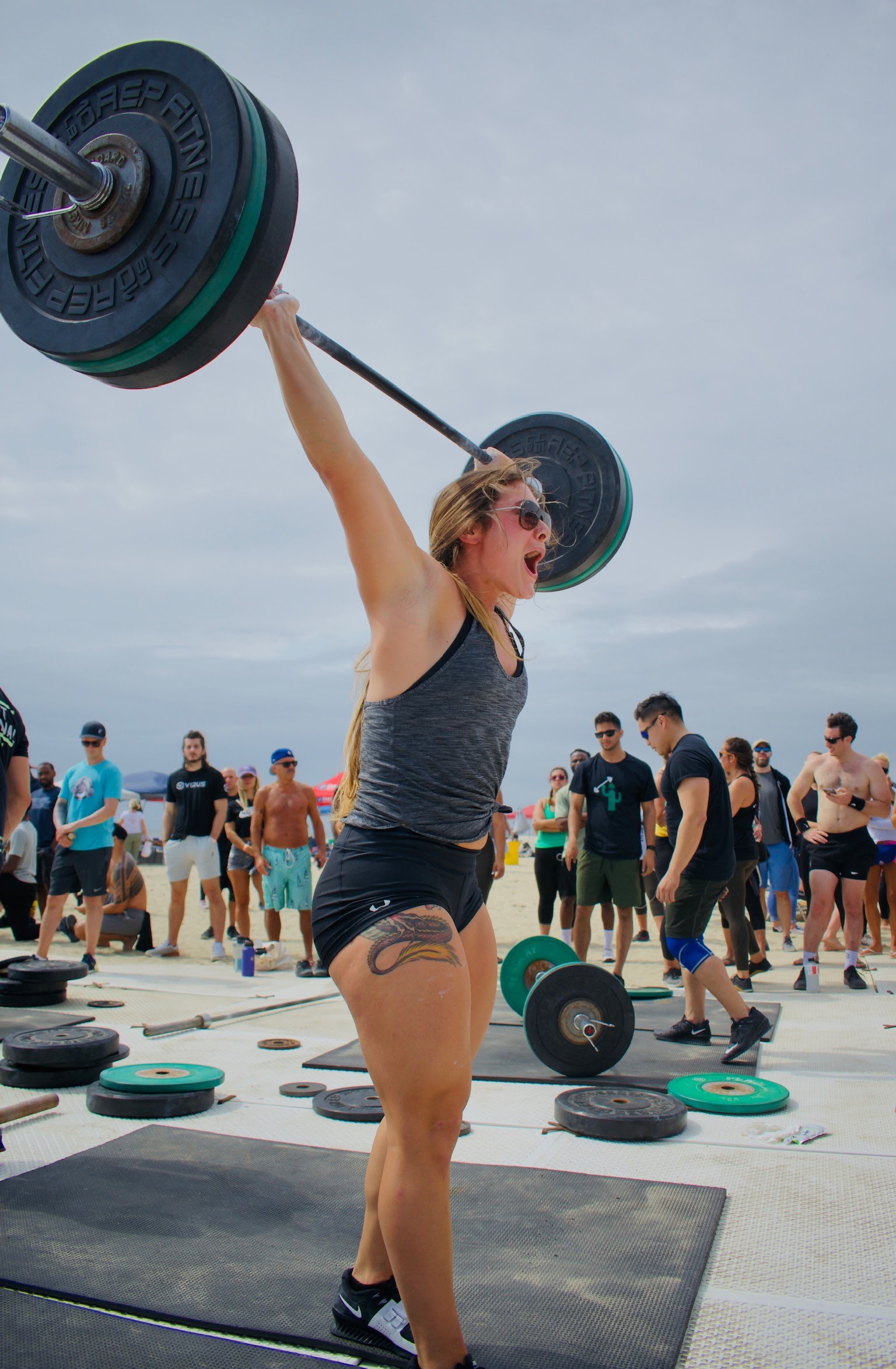 Meghan is one of our coaches here at Iron Bridge. She started her fitness journey at a young age playing lacrosse leading to her recruitment by several Division 2 colleges. During this time she found CrossFit at 17 years old, which then became her true passion that she would pursue. Seven months into the sport she broke her back performing one of the lifts and was sadly forced to take a year off. It did not deter her, for she came back determined to be stronger than ever. She eventually decided to compete in the sport and make her goal to go to the CrossFit Games one day, which she is currently still pursuing. In the meantime she has qualified for several elite competitions. Personal training has been a passion of Meghan’s for many years now. She initially got her CrossFit L-1 certification, then decided she would become NASM certified, and she plans on continually furthering her education. Her experience includes managing a gym, along with training sports athletes, seniors, kids, pregnant and post-partum women, and others with ailments and health issues. Meghan’s goal here is to keep as many people healthy as she can, as well as help transform their lives.

When I broke my back snatching early in my CrossFit career, it tested my will to keep exercising. However, once I was better I made the decision to go back to CrossFit because I loved it, and several years later snatched 200lbs

My purpose is to make people see the joy in CrossFit just as I see it, along with helping them be the healthiest version of themselves.